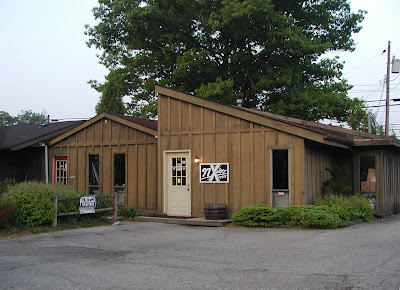 July 16th 2009 was a sad day for us and for Cincinnati in general. That is the day WOXY, “the Future or Rock n’ Roll” moved out of town.

Many of us remember when they transmitted music from the Miami Univerity campus (in Ohio, it was a University before Miami Florida was even a city). It was the place to hear bands like U2, Cake and others before they became famous. It was also about the only station in town where you didn’t hear the DJs talk to much in between songs that had already been played 4 or 5 times that day.

We come in because they needed to fill a semi trailer with boxes, crates and just about anything else they could find. Everyone of those containers were filled with 23 years of records and CDs. This was one of the longest, heaviest jobs we have ever done but it was a labor of love.

WOXY still broadcasts on the internet and we still listen to them. You can too at http://en.wikipedia.org/wiki/WOXY.com